COVID-19 has reshaped our lives in many ways and given rise to a plethora of services tailored to these newborn needs. Waysia, an Asian grocery delivery platform, is one of such startups that retooled in response to the pandemic.

Previously known as Alorsfaim, Waysia started out in Paris four years ago as a platform delivering from Asian restaurants and supermarkets to customers. When the pandemic hit, its users began to panic buy and quickly emptied retailer supplies.

The mismatch between demand and supply inspired Waysia to open its own warehouse and start procuring directly from suppliers, like farms specializing in Asian produce in the Netherlands, France, and Spain.

“The pandemic showed that the need for ethnic groceries was really underserved in Europe,” said Yejun Fan, founder and CEO of Waysia. A handful of startups are already delivering Asian takeout across Europe, but online grocery targeting the demographic is still relatively rare, reckoned the founder, who worked in finance before becoming a serial entrepreneur.

The grocery pivot gave Waysia’s revenues a boost and recently helped it land a series Pre-A round of nearly 10 million euros. The round was led by Banyan Pacific Capital, with iFly.vc, Cathay Innovation, and Goodwater Capital participating.

Goodwater and iFly.vc are also investors in Weee!, the counterpart of Waysia in North America with backings from prominent investors like Tiger Global, Blackstone, DST Global, and SoftBank. 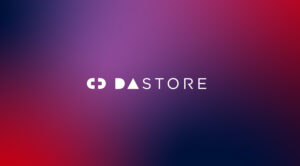